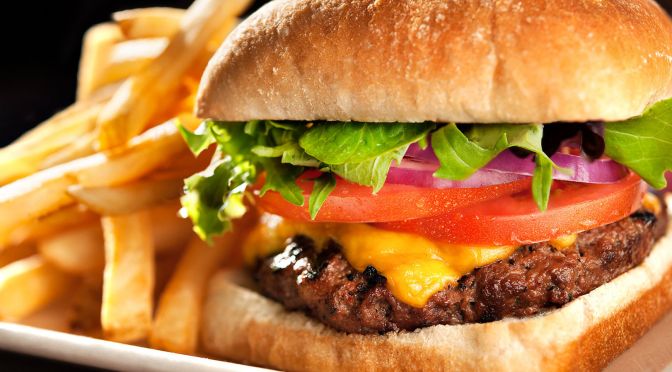 “Bro, I have this gift card for Steak ‘n’ Shake, and I’m starving.”

I don’t even know if I finished my sentence when my roommate suddenly poked his head over his laptop screen and proclaimed: “Let’s go.”

My remark was hardly an invitation to go, but his impulsive interest was mighty persuasive.

“Right now?” I asked, drawing my gaze back over to the juicy Western BBQ ‘n’ Bacon Double Steakburger and fries that was exquisitely printed and glamourized on the cover of my gift card.

“I found some coupons, too,” I thought I’d add.

My roommate abruptly sat upright in his bed, pausing whatever episode of Heroes he was on, and locked eyes with me. “Dude,” he insisted. “Let’s go.”

I couldn’t tell if his tone suggested, “You’re stupid for thinking I don’t want to go,” or “Why isn’t your jacket on, already?” Either way, the irresistibly enticing tang of a Butterfinger Special Milk Shake unexpectedly beckoned me – and its provoking enticement was prevailing.

“Let’s get out of here,” I said, stuffing coupons into my wallet and shrugging on my jacket.

Slapping his laptop shut, my roommate hopped out of bed and raced to get bundled up for our subzero trek to Steak ‘n Shake.

Imagine a slow motion progression of us leisurely walking out of our room with a certain strut. Chins up, coat collars popped up – what are the kids calling it – Swag? Whatever it’s called, we had it.

As we made our way out of the building, I coolly asked, “Where’s your car parked, again?”

My roommate suddenly stopped in his tracks [this is where the record player would scratch in our slow motion sequence] as if he had face-planted into an invisible brick wall.

I stopped a few steps ahead of him before I realized, only to look back and see slouched shoulders and a gaping mouth.

“Are you kidding me?” He asked, parting his Chicago Bears beanie from his head. “I thought you had a car!”

Suddenly, I realized we had been aimlessly following each other. And neither of us had a car on campus.

For a moment, we awkwardly stood a few paces away from each other in a contemplative silence.

“So,” I began, despondently breaking the silence. “Wanna go to The Hub?”

Fitting his beanie snuggly back on, we made our way to the campus sub shop – and laughed.

Although a short-lived misadventure, ‘twas an adventure nonetheless.